Include an explanation of why you chose that particular character as well as the symbolism behind the elements chosen for the crest.

Once you've completed this prompt, why not post a review of the book in the Bookshelf subforum?

This is a crest for The Lady from Glen Cook's The Black Company series. I loved how she was written; when we got the Black Company D&D book, the character I created was based off her. Her passion, commitment and independence are things I admire.

The Colors:
-Black-for the uniform she wore in battle, as well as her robes
-Purple-for her royal command while she reigned in the Tower at Charm
-Crimson-for the blood shed for and by her in battle

The Latin Phrase
qui audet adipiscitur means "She who dares wins (or: she who wins dares)", representing her desire and drive, risking everything to gain what she wants, most often becoming victorious in her endeavors

Though he's not exactly a book character he is my favorite character of all time! ( There are mentions of him in the Third Journal which is the book next to the picture!) 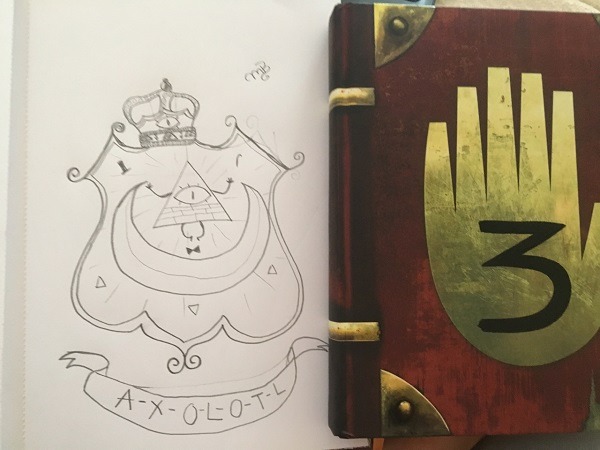 Color: Though it isn't colored due to lack of resources The main colors are Yellow and Black, in that order, and there are Electric Blue accents.
Symbols: The Crescent represents his seemingly infinite amount of knowledge
The Triangles, of course, represent him
The Crown with an Eye represents how he is portrayed as an "all-seeing chaos god."
The Banner: It says AXOLOTL which is an animal that regenerates itself just as Bill Cipher can.
Top 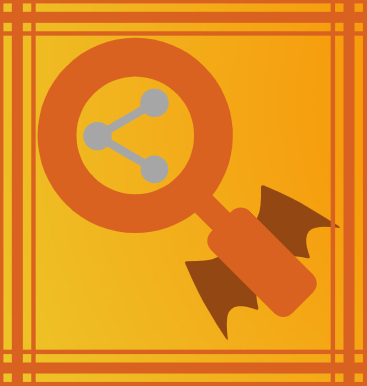 This character crest represents Dirk Gently from Dirk Gently's Holistic Detective Agency by Douglas Adams. Although, it is a bit of a mix between book and TV Dirk.

Crest itself is a square, which might be unusual for a crest, but Dirk is an unusual character. As a border to the crest, there are three dark orange lines with the middle being a bit thicker than the rest. The background of the crest is a yellow to orange gradient, a color I associate with Dirk, especially with his jacket.

There is a big magnifying glass situated in the crest, symbolizing his "detective" status, which is dark orange. In the magnifying glass, there is a grey connection symbol (three dots connected to each other), which shows how Dirk believes everything in the universe is connected. The magnifying glass also has little bat wings, which stands for Dirk's designation Icarus, while he was a captive of a shadow organization.